by admin
TP-Link did it again, they change hardware but keep naming it MR3020.

Currently there are showing up some TP-Link MR3020 variants labeled "version 3" which are not supported by Meteobridge. These units are equipped with a slightly updated Atheros SOC and can handle WiFi up to 300 Mbit/s (former was 150 Mbit/s). We are trying to get a hold on these new models to check how we can make a firmware image that runs fine on those. But this will take time as we might be forced to step away from openwrt and to move to lede as the base OS.

For the time being, please just avoid these V3 models. Model indication is given on the data sticker at the back of the unit.
It seems that these units do not allow to flash the Meteobridge firmware, so at least you are not at risk of bricking it.

by admin
In the meantime I have a MR3020 V3 here to test with. The unit does have a new SOC. Therefore the current Meteobridge image will not work. I made some progress to attach a serial console to the new model, understand how new images can be flashed with TFTP and see that the new model has 64 MB RAM and 8 MB Flash which is double the RAM and flash the old version has. That looks promising as more RAM and flash is always a good thing and the MT7628NN SOC inside might also not show the USB serial problem that did make the Atheros chips in need of a USB hub.

But, it will be a long and not guaranteed successful road to put Meteobridge on it.

For the time being, please don't buy a version 3 by accident. You can distinguish the new ones by the "Ver:3.0" sticker on the package and the front of the housing shows a slightly different TP-Link logo and has a "300Mbps" text phrase on it. Stay away from those!


Logo and text on front of the housing: 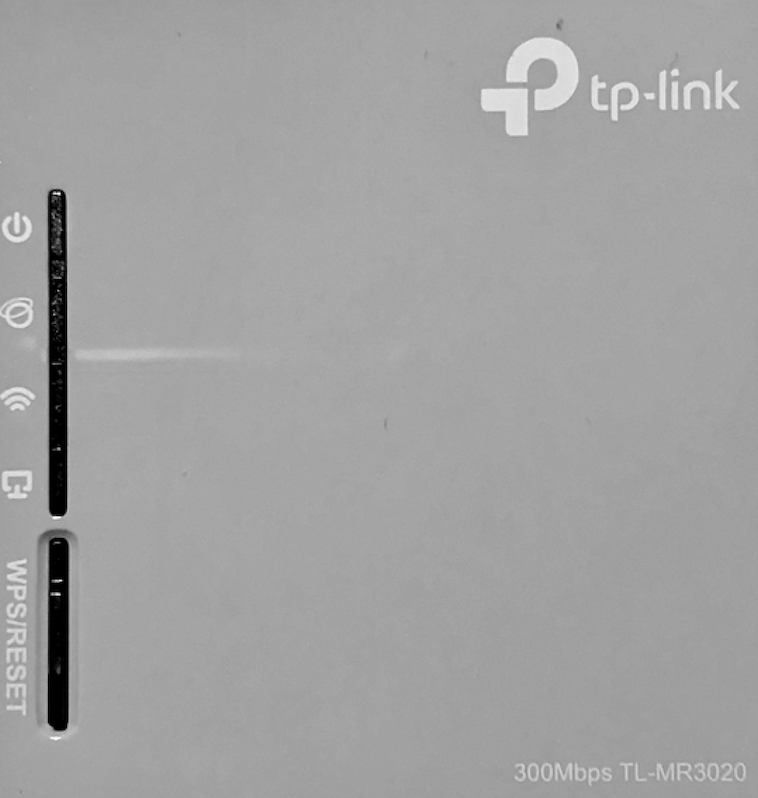 Currently I am working on a Meteobridge firmware image, but as I have to setup a complete new compile chain because this new device needs me switching from openwrt to lede this will take some time. Basic device support (buttons, LEDs) of MR3020v3 on lede is mainly done and that also is not that easy, because there is no pre-built lede support for MR3020v3, we are the first on that.