All about the standard Meteobridge devices based on mobile routers from TP-Link, D-Link, ASUS

weatherist34 wrote: ↑
Sun Oct 25, 2020 10:22 pm
ok no problem easy todo if you want it...just a couple of css lines... as for sleep kind of addicted to a program on discovery channel at the moment called street outlaws OKC 405 doesnt come on till 11:30..wife got me a farmtruck poster

there was a bad css bug in release earlier thanks to sean balfour for spotting it was in the solar radiation module the one used for those without a uv sensor..so update was downloaded..

I have the update and it looks great!

dc.kraft wrote: ↑
Mon Oct 26, 2020 2:03 pm
Nevertheless I have a small topic....
unfortunately a bug has crept in with the last update from 26.10. ....
The display Beofourt is now completely in English again, apparently the German language has fallen out....

I have modified the data as much as possible, but I think that a small update is necessary.....

Do I just do the same as you described above

I still have a little question ???

Okay, I was thinking?
Could it be that we're talking about a 15-minute average?
Top

in the module it actually is minutes " but I wasn't too happy with that but sometimes messing around with design multiple languages is a nightmare so sometimes I look for a simple way out ..so it will become this ..too tired to update page and download tonight so will do it in the morning .. 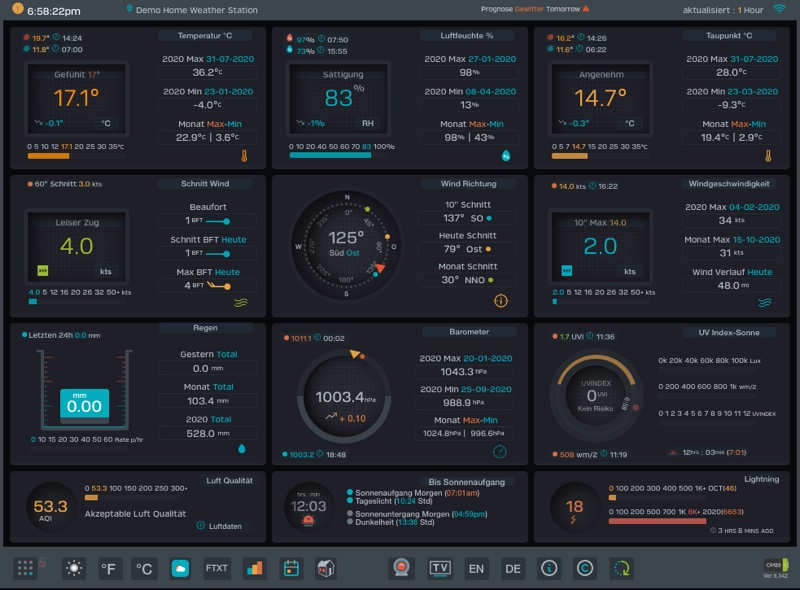 i am really trying to finish this off has i have had enough of doing it.. all i do is respond to issues raised the template seriously has gone beyond my capabilities and all I do is keep making errors . my own site weather34 has no languages, does not need to cater for ms,mph,kmh,kts and what ever else the metrics are different.. my own site is 50% smaller simply i dont need a the wide variety of options as required,requested by end users.. so you can question as much as you like but my simple aim is to finish it and leave it , if an issue is raised i try to fix it and to keep it simple this is released by a simple update which makes it simple if your are not directly hard coding your own personal modifications. as you can probably tell I have had lost the enthusiasm completely and due to my errors i keep doing its telling me its gone beyond my capabilities so i just want to finish and forget ASAP.. my enthusiasm waned when meteobridge changed its process with inclusion of mixing various brands and having capabilities of assigning sensors .

sorry im not enthusiastic anymore but 5 years on the template has become a complete chore to maintain. i can honestly say if language support was not a requirement this would be very easy to manage but language support absolutely limits many simple design ideas languages need scrutiny when applying a design idea many of design idea gets scrapped due to languages other than english do not align correctly or need more space .

I simply say once any issues are eradicated thats it from me for a very long time and the requirements will be just to issue downloads and help those who need help if they have never owned or used a website before.. you will notice i only respond to fix my own errors created im honest enough to admit these are my errors but I also believe I have gone beyond my comfort zone or capabilities .

with that lets hope ive nailed most issues that effects most,I am not interested in accommodating personal requirements any longer its safer if anyone using this template is using a replica of the master download throw in hardcoded personal modifications then i cant help you as we not on the same boat..have a good day.. remember its always been free ,done out of being an hobby not a business or means to monetize ...brian

I can understand and understand it well...
Personally, I was just a little insecure or irritated.
Basically I am so enthusiastic, my current update of today is running perfectly and without further errors!
I am sure that it will continue and it is clear that your own modifications must of course be supervised by yourself. Therefore I can absolutely understand your statements.

I personally am absolutely enthusiastic and a fan of Weather34 Weather Station Template !!

as you can see I just release to issues raised that I am not familiar with I could just ignore those but I simply try to cater for those .. and using the simple update method introduces absolutely no burden on the end user in terms of applying an update. end user requires requires zero experience or coding knowledge to apply these . old methods used to introduce end user error probability either due to lack of coding knowledge or using a non standard editing method . so all efforts have been made too minimize inconvenience however that said that doesn't eradicate issues I cause but Ive done my upmost best too eradicate those ASAP..Im human and like all humans we make mistakes unknowingly based on WHAT IF being overlooked !

as for themes that would just be another mess to introduce ...themes I use are simply two both based on color matching using a Pantone color palette app I simply just desaturate colors from the original palette which 90% is used with HSL(A) has this allows finer colorization differences without being to BOLD and windows 98 looking

as below simply I dont have to remember color codes each time I just simply apply a common phrase/variable ...example would be css
color:var(--dark);
background:var(--orange);...and so on

Hello again me,
i have a final question about the date my wind scale looks like this .... 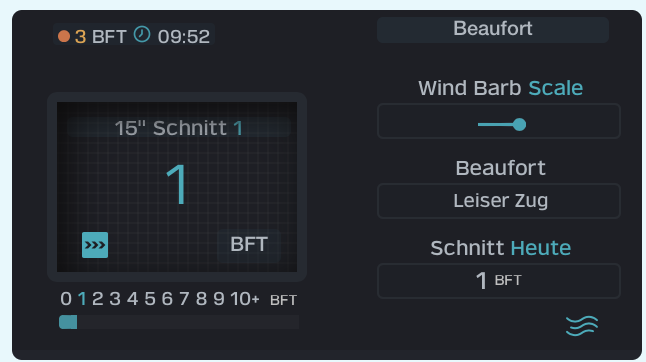 but your display looks completely different if I do something wrong while updating the template ??? 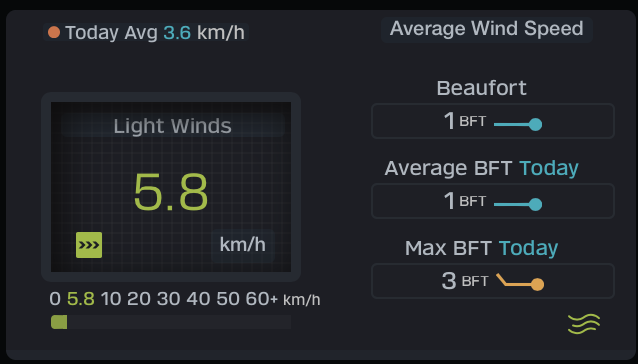 I once updated my NanoSD to firmware 5.0 and the template to 9.34Z. I use the Edge Chromium under Win10, there are some points shifted: 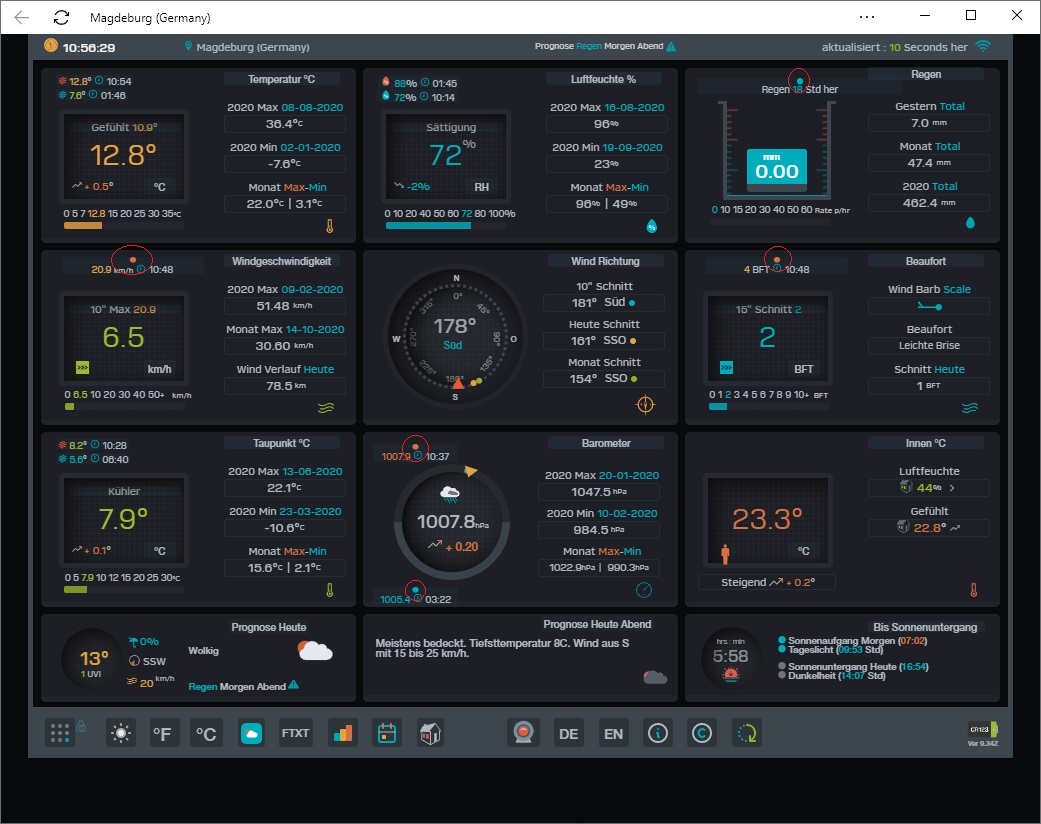 
On the weekend we had the time change to wintertime again, I have to correct the UTC offset in the options from 2 to 1, so that my local time fits again. Wouldn't it be better to use the local time of the Meteobridge, then it would always fit, without any manual intervention?

I once updated my NanoSD to firmware 5.0 and the template to 9.34Z. I use the Edge Chromium under Win10, there are some points shifted:


On the weekend we had the time change to wintertime again, I have to correct the UTC offset in the options from 2 to 1, so that my local time fits again. Wouldn't it be better to use the local time of the Meteobridge, then it would always fit, without any manual intervention?

told you mind blowing yet all other browsers render it ok