Thank you in advance for your answers 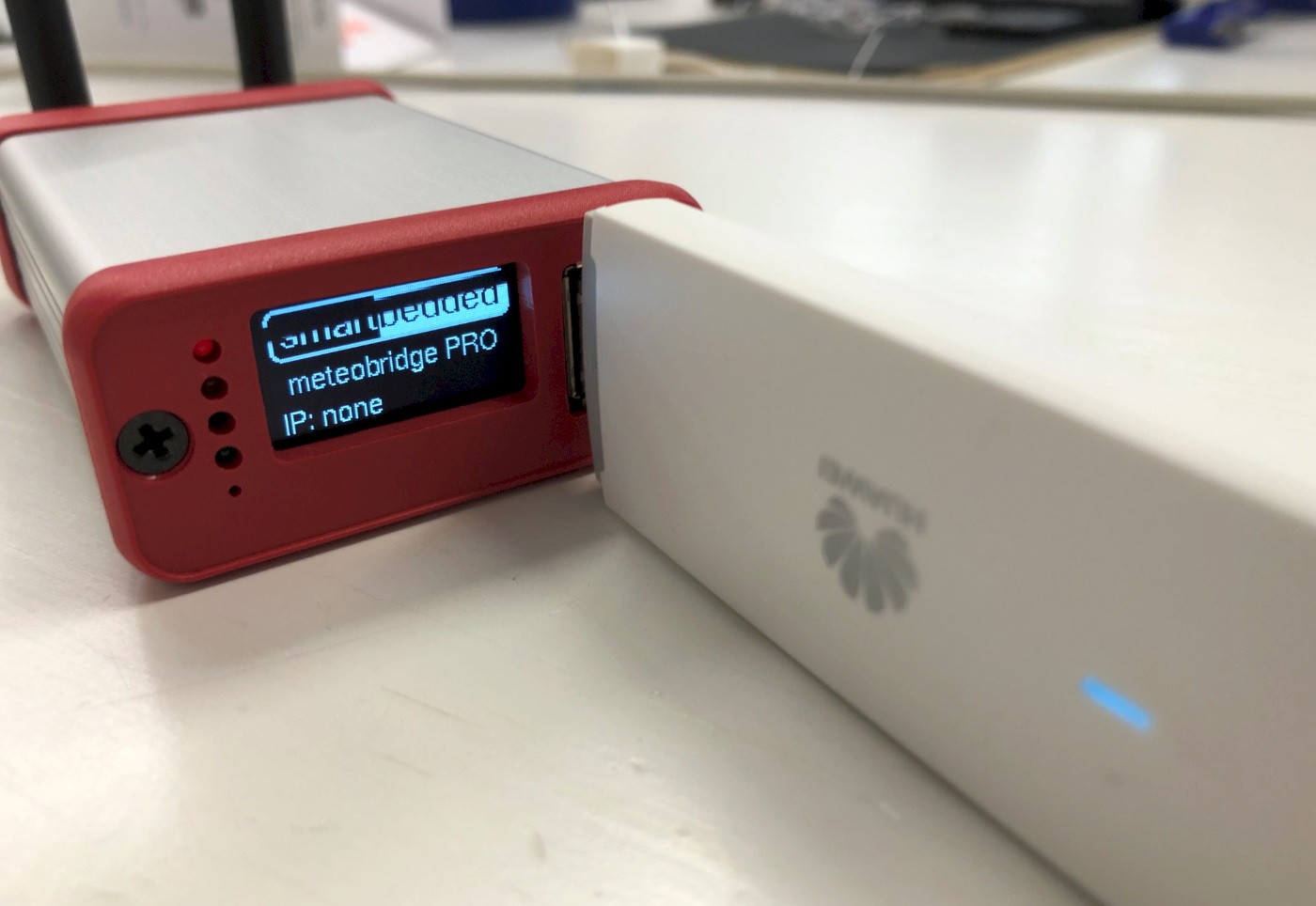 The way Huawei distributes these LTE routers is rather interesting. Since nobody has CD/DVD players in their new computers anymore they need to provide a way to give the user the drivers for the router if they are using Windows. I know you aren't using Windows...but bear with me.

Huawei needs a solution to provide drivers. Since this is a router the thinking is that the user isn't online, potentially. Therefore the user can't download a driver like you would expect them to download a driver for a different type of device like a scanner or printer. You can't assume they are online. Therefore Huawei feels compelled to need to include a Windows driver with their product in some way. Since a CD/DVD is no longer a viable solution for today's computers, the only way is to provide the driver is via flash drive. But providing a flash drive just for a driver would add costs. They therefore have found an interesting solution. When you unbox a brand new Huawei LTE router it comes configured as a storage device...a flash drive with the drivers for Windows.

When you insert a USB device into a computer it identifies itself as a certain type of device. Yes you have a router, but without drivers it would not work. The ingenious solution is to present the router first as a storage device. This USB device cannot be both a router and a flash storage at the same time. The Windows user can then install the required driver from this flash storage, then upon completion of the installation once the driver is running, the Windows computer with assistance of the running driver sends a command to the LTE router device to no longer present itself as flash storage and to switch to LTE router mode.

As you can see this presents a potential problem for Linux users (the Meteobridge is running on OpenWRT which is like a Linux distribution). Linux users do not need the driver as it is built into Linux. But a Linux user still needs to change the mode of the device from being flash storage to becoming an LTE router. There is a way to do it with a Linux computer but it is a bit complex and requires a few steps. I wouldn't attempt this on a Meteobridge anyway, rather if I had to because I had no Windows system available then I'd do it on a Linux distribution like Ubuntu or Mint. But it is much easier to use a Windows computer and install the Windows driver which will then switch the mode of the device from flash storage to LTE router. Then you can present the Huawei LTE router to the Meteobridge and it will probably work. The Huawei LTE router will not switch back to being a flash storage device as you move it from Windows to the Meteobridge. It will forever now stay as an LTE router.
MR3020 v1
GW1000
Top
Post Reply
2 posts • Page 1 of 1