I am trying to make the template for this lightning detector managed by GW1000, but I have found some inconsistencies.
The first is in history, assuming the values ​​are correct as strike totals but I have to check, the unit is in millimeters (mm), and this is very misleading.
Also on the ecowitt.net portal it reports me 86 strikes, but the template scores 84 strikes.
Why weren't the 2 strikes recorded? 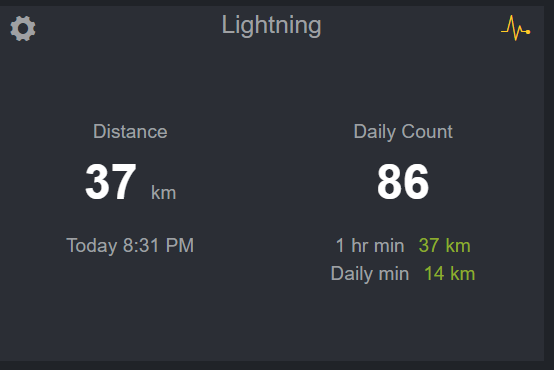 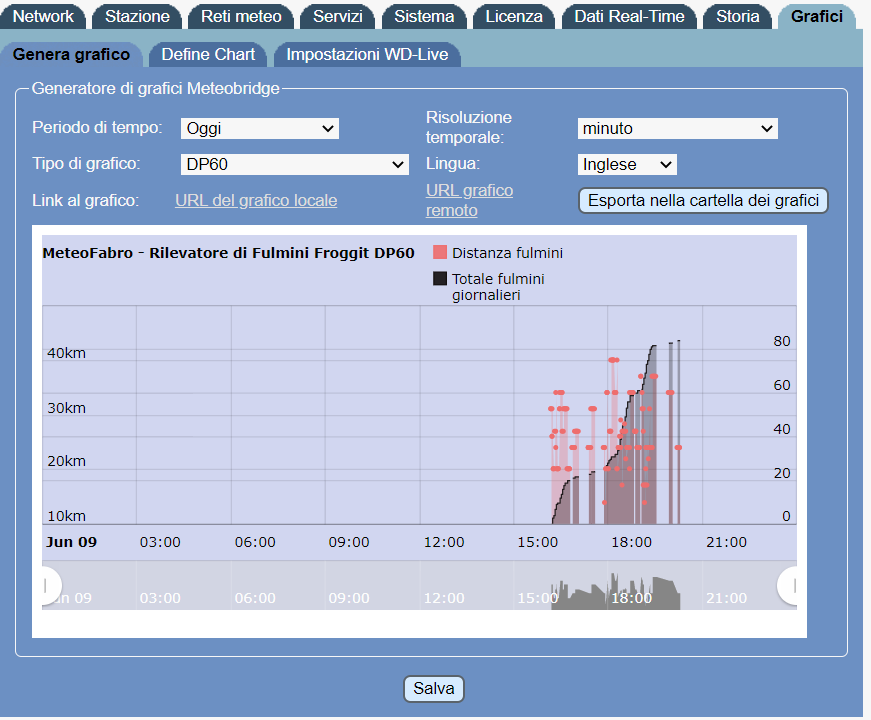 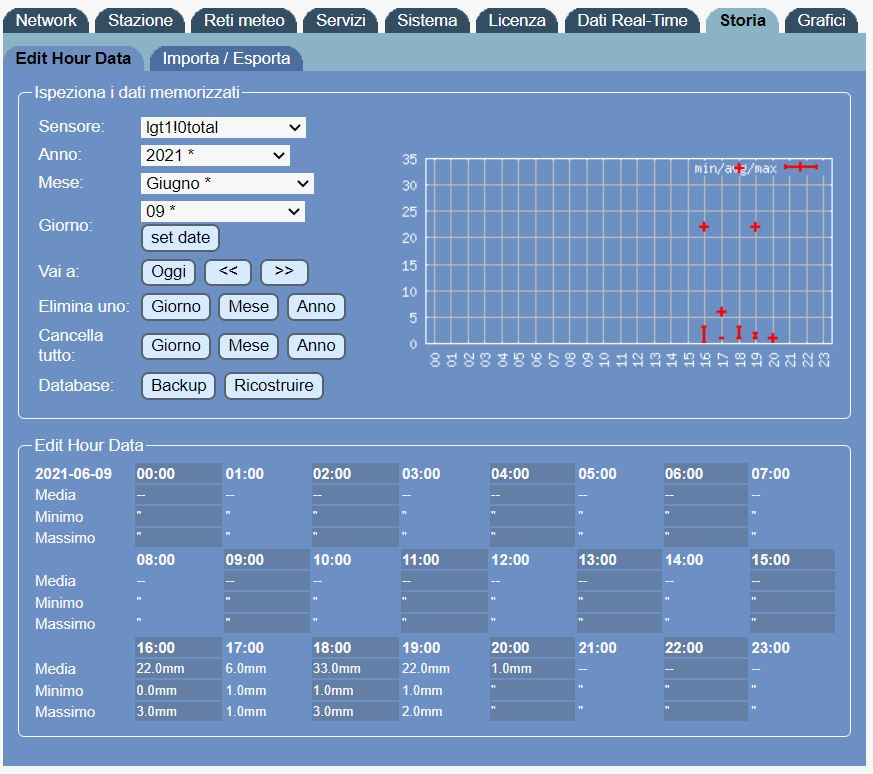 I have a similar situation:
I have two GW1000 as two stations on my RPi - and one tends to show 1 strike less than Ecowitt.net (and what another, 3rd, GW1000 reports to the pwsWD template via custom server option), the other 2 strikes less. I think MB starts counting at "0" as sometimes in the min/max "0" appears even though there was 1 strike, and usually 1 less than the real count.
So 1 strike seems to get lost by the way MB counts (assumption), but strike[0] should be 1 and not 0.
Why the 2nd gets lost with one of the stations is still mysterious to me.
The other day I had Ecowitt.net 175, custom server to pwsWD 175, Meteobridge RPi station1 173 and station2 174 - at ecowitt.net all 3 GW1000 have 175 strikes.
Now, my MB Pro also shows one strike less at the day when strikes occur (not visible on the screenshot now), but in the year and all-time totals they have the same numbers again ... weird

Another strange thing that the graph "today" gives me 116 lightning, while the same graph "7 days" gives me 117, but still a strike seems if it is not recorded on the meteobridge. 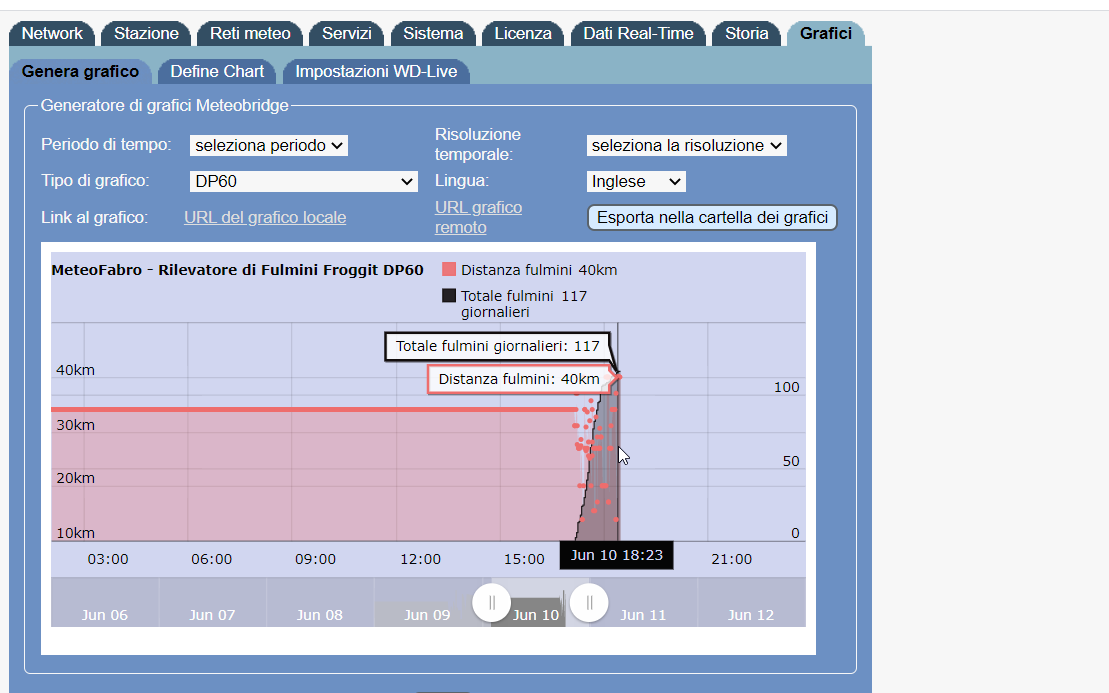 This morning a lightning bolt was detected, listed regularly on the ecowitt.net portal, also registered on the meteobridge but at the graph level it is not visible ... why? does the count really start at zero? 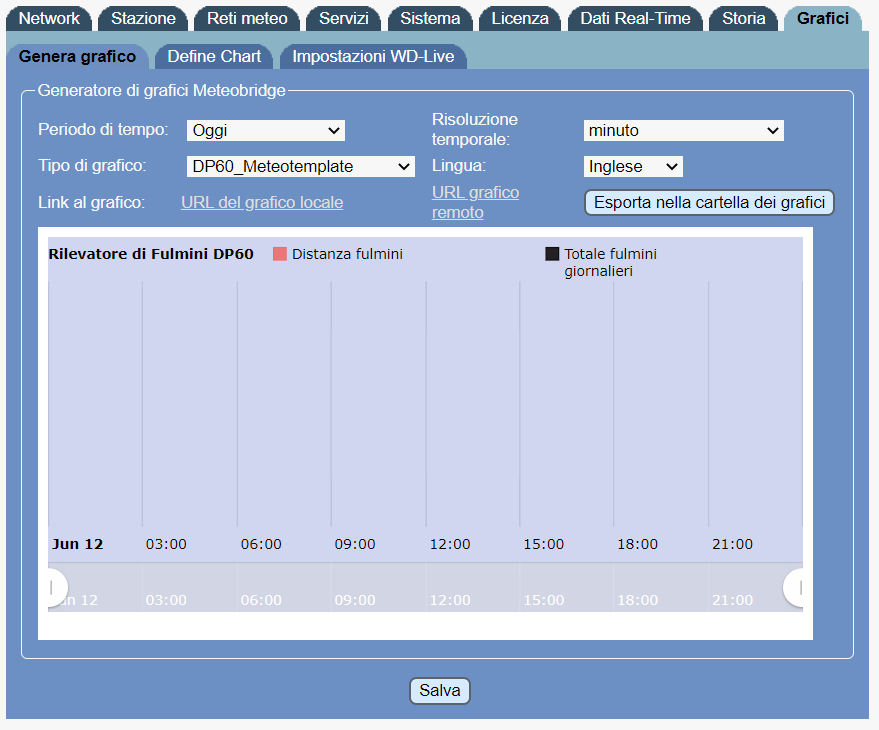 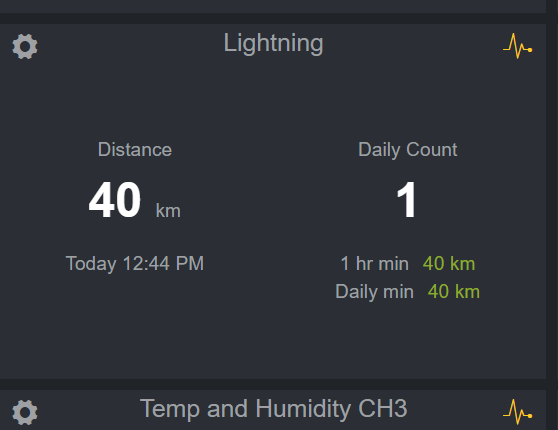 Another thing to check (maybe if some user can check and write the result on the forum), by opening the monthly ecowitt.net the monthly total of June of the lightning count is 232, while according to the meteobridge in June it archived 236!
4 more than Ecowitt?
Mystery upon Mystery ...

So is one (1) single lightning strike with zero energy valid at all?
Top

I don't know, but on ecowitt it is reported like this, as you see in the screenshot. 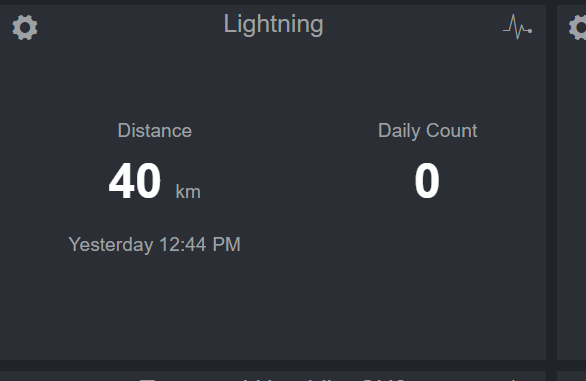 That screenshot is misleading - as the lightning occurrence is from yesterday - and one day after the lightning event(s) only the date/time of the last occurrence is shown. "0" is correct here but it's "0" for the current day and not for the day of the lightning event. On Ecowitt.net (and in the GW1000) the past counts are not maintained in the current view. Only the distance and time/date of the last occurrence. The real values of the day in question you can see in the history of that day in Ecowitt.net (graph or table).

But MB showing a "0" count on the day of a lightning event when only one strike occurs - or at least until another is recorded that day is not correct. When 2 strikes have occurred, the MB count in the min/max history is "1" instead of "2" etc. From there I guess the lost strike
(real count - 1) comes. MB sees, reports the 1st strike correct with distance and time since occurrence in the raw live data, but as count "0" in min/max history. Therefore the numbers differ from ecowitt.net or from a HP2551 console (or a template which is fed by a GW1000 or a HP2551 console) by one (1).

This has been my observation since long ...
(and has been reported here in the forum since long).
All other "complaints" have meanwhile finally been removed (software corrected), but the wrong counting and depicting of the last occurrence still remains.

One has to properly understand the meaning of the observations/sensor values and the behaviour of the GW1000 console.
Three values are important: strike count of the day, distance for each strike, and the date/time and distance of the last occurrence (at the day of occurrence and continuing until the next strike occurs, even after one month or later). And of course summary values and min/max of distance.

The raw live data should simply show the time stamp (showing time since in minutes/hours is not helpful and not what the user expects) and the distance of the last occurrence until the next strike (whenever) occurs.
Until now, the live data disappear after some time (haven't figured out the time yet).

It would be good to save this last occurrence - either separately or retrieve it from the database - locally as the GW1000, which usually keeps on sending this data, "forgets" them after a reset or a firmware update, which is a bit of an annoyance.

@Boris: I have been offering my infrastructure for testing already earlier. I can provide a "spare" MB Pro and a "spare" GW1000 and device access for testing. And of course a WH57/DP60 lightning sensor where we can create fake strikes with. I can deactivate the WH57 sensor receptions in/from the other GW1000/HP2551 to avoid false data entering the database.
The offer is still valid.

We await the response from Boris ...