However I dont seem to see any lightning sensors showing up on the mapping tab.


I cant see any lightning sensors showing in the sensor list

The lightning sensor is showing in the Ecowitt app

I really dont know what to do next 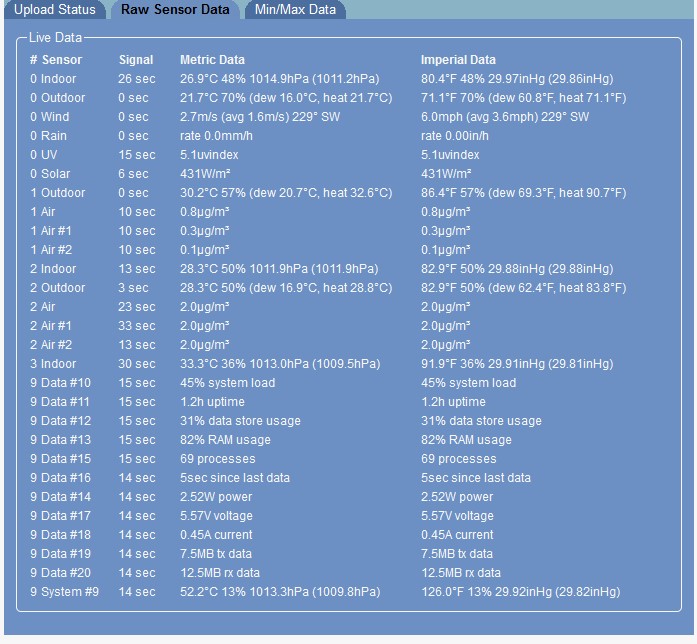 1. what your GW1000 firmware ?
I suggest you update to the latest 1.6.8
the WSView app should offer the update

2. the Raw Sensor live data in Meteobridge will show sensor values only once a lightning event has occurred.
Then you will see for some days the time since the last strike and the distance of the last strike.
After an until now not known to me period of time, it will no longer be shown.
It should (!) remain in the min/max history as # of strikes and min max distance.

I have updated to the latest version 1.6.8 - it was updated as soon as it was installed on Monday

Its station 2 on the attached screenshot

I really dont know where to go next 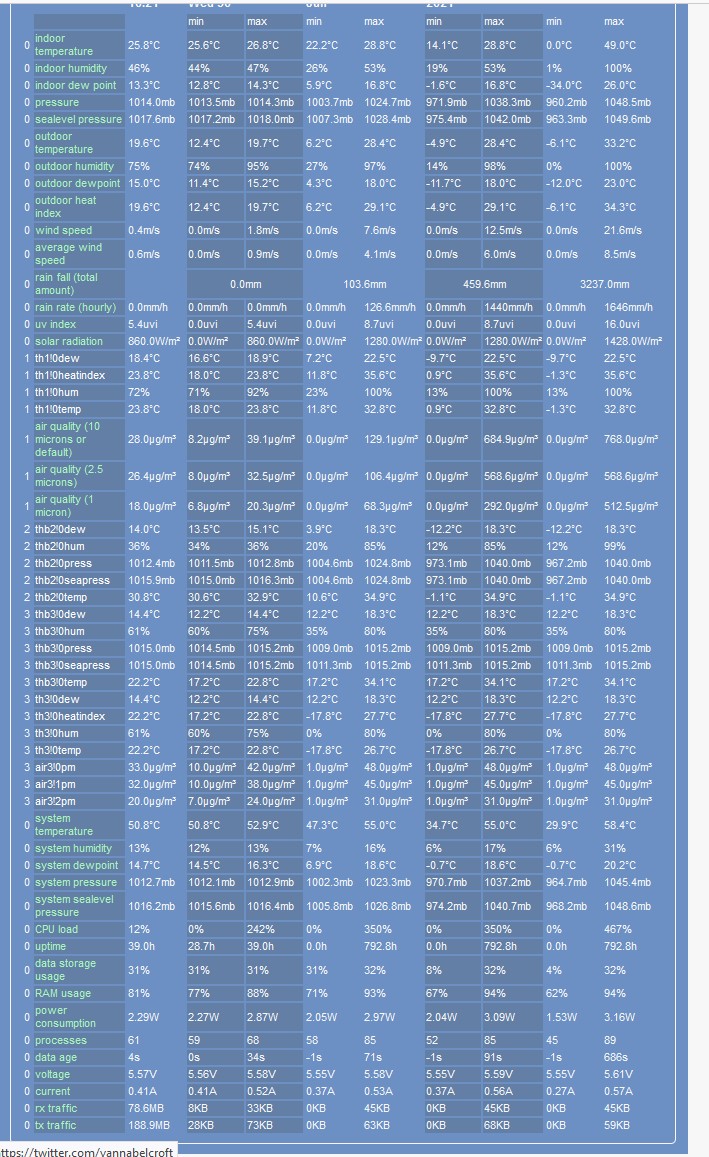 Here is a screenshot of my data from the Ecowitt website

I also have the latest Meteobridge software (28th June)

I have updated to the latest version 1.6.8 - it was updated as soon as it was installed on Monday

Its station 2 on the attached screenshot

I really dont know where to go next

Probably you are the first one with this configuration.
If your GW1000 is close enough to someone else's outdoor unit, you could test if that would help.
The GW1000-API used is very complex and does not use field-names, only relative position in the data stream.
The problem could be in the translation there.

Also, when you restart the GW1000 by removing power or new firmware, the lightning-data is only found by the MB when there is lightning found by the GW1000. So it should be powered on 24/7.
In my test-station the old lightning data is "lost" from the min-max also when restarting the logger.
I attach a screen screenshot from before the logger restart there was 16 hours old lightning.
After restart the lightning data is not in the "Min/Max" tab and not in the "Raw Sensor" tab
They will appear at the first lightning and disappear with a MB-logger restart. 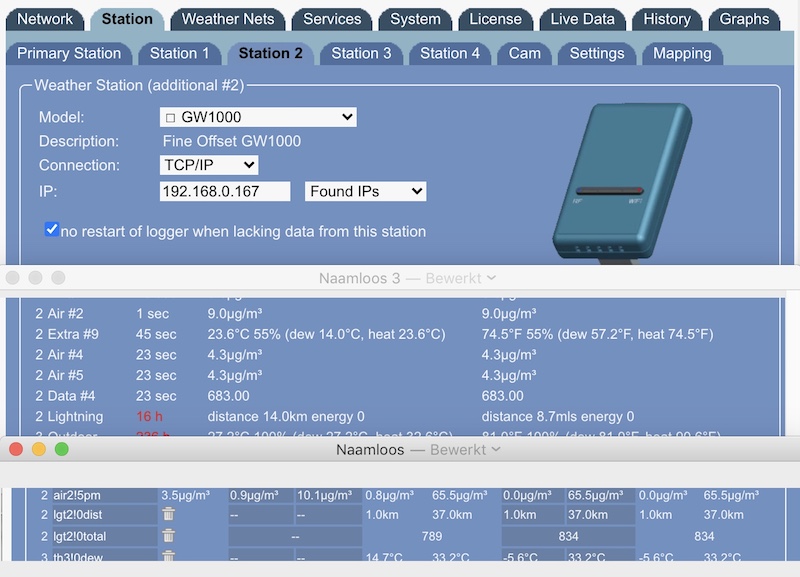 ** attention: edited in between - may be worth re-reading completely ** 30-Jun-2021 14:37 CEST
a few things:
the GW1000 running without any other basic sensor should show
only Indoor as it did with your first live data posting - where your GW1000 was still station 3.
MB usually picks up the GW1000 properly even when run without an external sensor -
I know of a configuration where it is GW1000 plus two WH41 (PM2.5) sensors and it works fine.

It seems that you have changed the station # meanwhile

And now, after you changed the station # (3 to 2), so you say, the T/H/P data of now station 2 is displayed differently ...
strangely it now shows three different lines, one per sensor, where it should be one line with three sensor data only.
So it cannot be ruled out that the position as a station plays a role (e.g. 1st hardware, then software or whatever)
the way the logger is programmed now.
See also @Wim's suspicion.

Did you configure it the same way as station 2 as it was done when it was still station 3 ?

By the way, changing more than one parameter at a time in a test or error locating situation is counterproductive, as you can't say, what produced what.

Again, that it doesn't show the lightning is not astonishing if the GW1000 was reset, lost power or so in between.
as @Wim already indicated

That's why I proposed to create fake strikes. They will be recorded and provide a test base.
(and can be deleted later on)

If you don't like to have the test strikes at ecowitt.net, switch off the sending to ecowitt.net in the GW1000 - but then it will become more difficult for you to detect the strikes. You can use the WSView app live data for documenting the tests, fake strikes, with screen copies and switch the GW1000 postings to ecowitt.net off.

test scenario 1
a) to go back to the original setting (GW1000 = station #3)
b) create fake strikes
document a) and b) with screen copies, specially the live data view (min/max only if it appears

I have done the first test

Station is now configured as Station 3 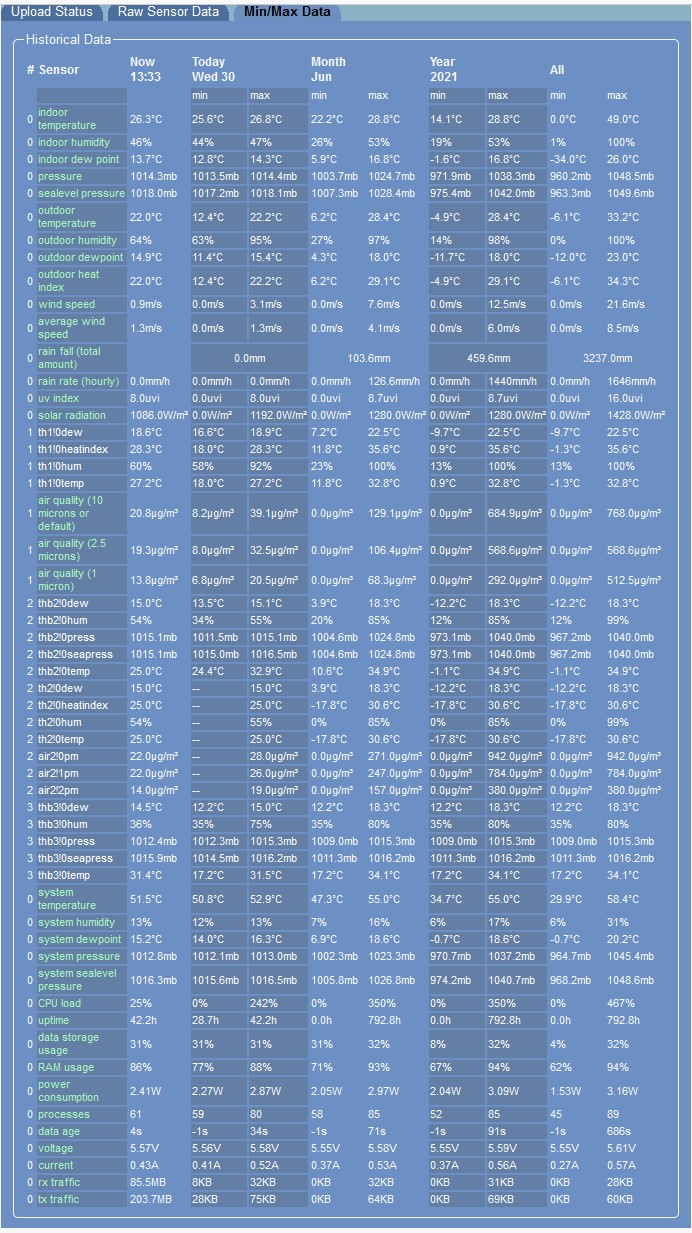 I will now do the second test
Top

Great - we need to come back to the original situation where the GW1000 showed only one line (Indoor) - in the Raw Sensor Data view.
A 2nd line "Lightning" is also appreciated

So here is the second test

GW1000 is the Primary sensor

At no stage do I see any lightning sensors in Meteobridge 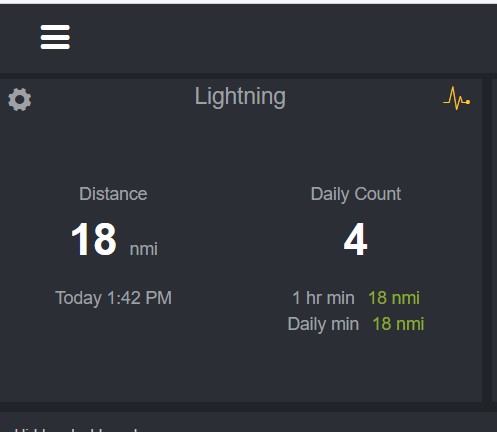 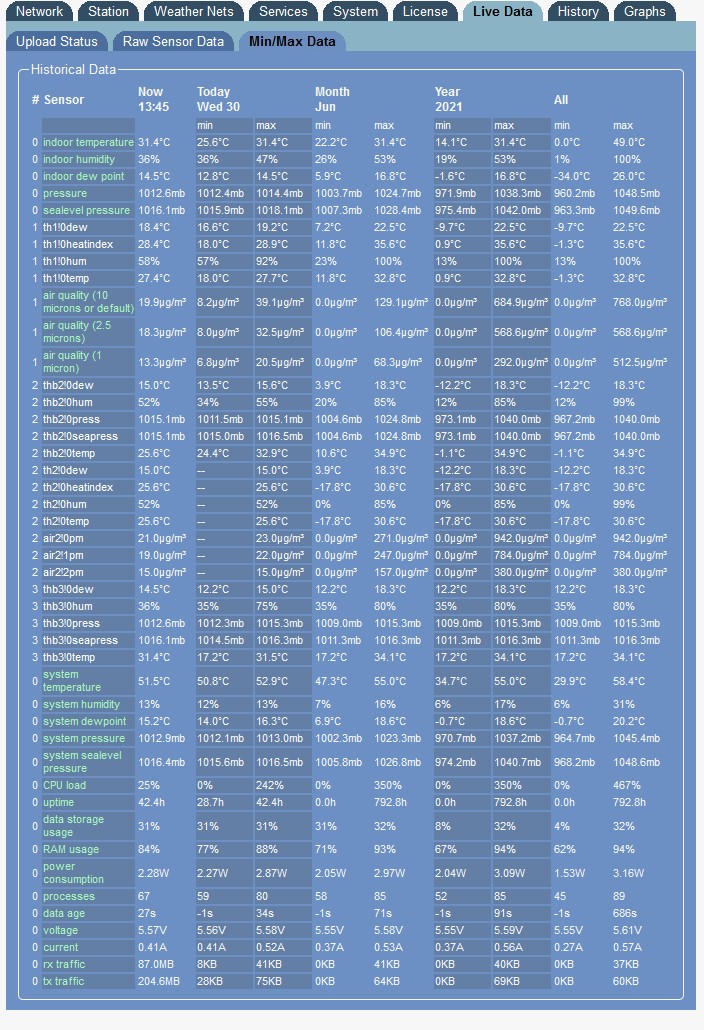 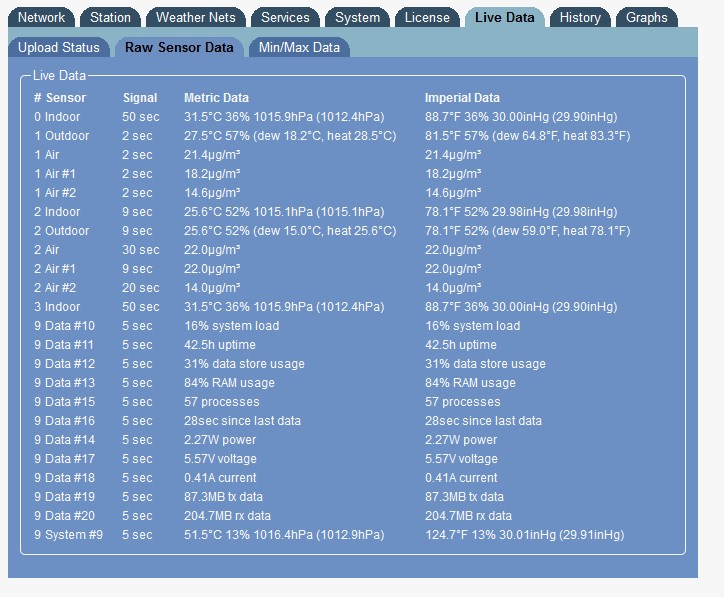 Thanks for the help -its much appreciated 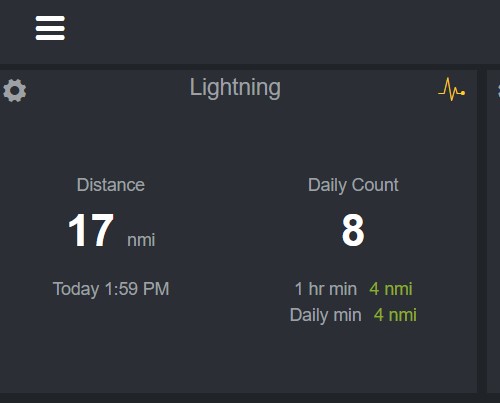 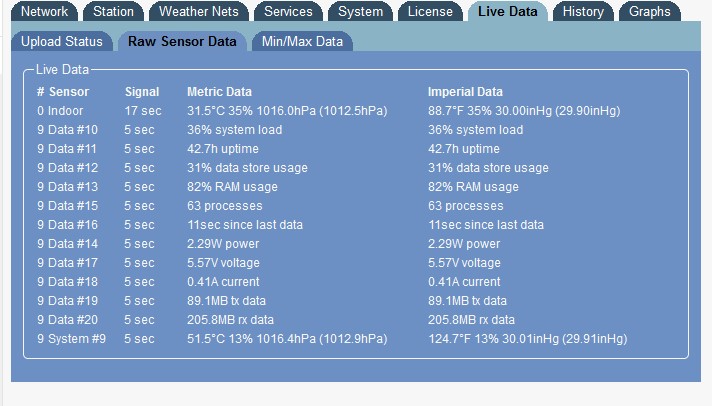 can you check if the lightning sensors are mapped under station/mapping ?

Now that GW1000 is the primary station.

If not, try to map them below (= at the end of the page) at "select sensor"

If we don't get it work now, I can send you a PM with my email 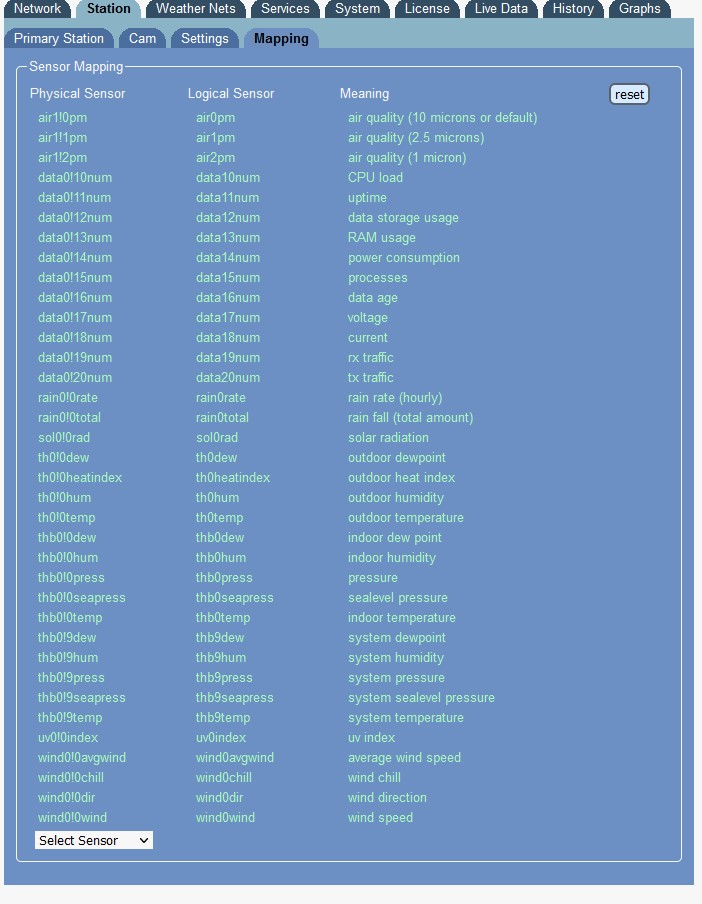 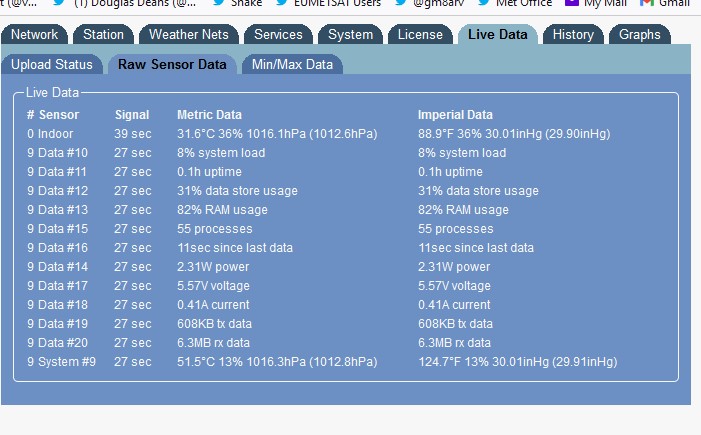